... With pleasure, Florence Recanzone, pleasure itself, was able to translate the torment of the beautiful seer from his Cossack to the war, bruised and forced to marry the pretender that his mother had chosen him. Jeff Cohen at the piano gave with an incredible lightness - a phrasing one would say in jazz - the dimension of a work that it would have been a pity not to hear in the XXI th century. Sylvanès cultivates here the best ! 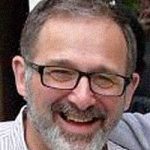